There are many illness and subsequent behaviours that cause distress to carers and loved ones. Often these symptoms are used by Social Workers and Guardians and others as an excuse to take control of the loved ones affairs.

These behavioural symptoms should CONFIRM and validated existing Powers of Attorney. Not be used as an excuse for the state to take over.

Often we have seen and hear how an angry loved one in the middle stages of  a Dementia or suffering from Acquired Brain Injury or Stroke is removed from the family.

We have also seen tactics by certain Public Officials supporting and encouraging these behaviours, often causing a breakdown in the family.

You must argue that these symptoms ARE PART OF AN ILLNESS and NOT a reason for a stranger to step in. These behaviours are due to a deteriorating or damaged brain, often frontal lobes.

Diseases we watch out for are the ones that don't affect Memory such as Frontal Lobe Dementia & Huntington's  Dementia & Psychiatric Illnesses & Acquired Brain Injuries. Many a family member has been IGNORED because "he/she can remember your name so there is nothing wrong with them"...

Here we see personality changes as IMPORTANT. To do::

Below are a list of illnesses and behaviours that maybe used against the family.

This Trauma Can Change the Personality

As it sounds, the frontal lobe lies at the front of the brain. If you could look through the skull it would begin right behind the eyebrows, travel up the forehead and then cover about one-third of the top of the head.

According to researchers, the frontal lobe is responsible for shaping observable behaviour and personal characteristics. It controls things such as personality, voluntary movements, impulse control, problem-solving, motivation, sexual and social behaviours.

The left and right sides of the frontal lobe handle some different functions. The right frontal lobe is primarily associated with non-verbal skills, such as interpreting social cues. The left frontal lobe has greater control over language expression.

Both the right and left sides of the frontal lobe communicate with each other, so damage to both sides tends to have more profound effects.

Head Trauma and the Frontal Lobe

The frontal lobe is one of the most common areas of the brain to be affected by a head trauma.

Mechanisms of frontal lobe head trauma include having the head:

When the front part of the skull impacts an object the skull may or may not break. If the skull fractures, this is called an open injury. An open skull fracture over the frontal lobe may push bone fragments into brain tissue. It also increases the risk of infection, because bacteria, fungi, and other infectious organisms can now come into contact with the brain.

An open fracture may need to be surgically repaired. Any foreign bodies that entered the brain need to be removed, bleeding has to be stopped and the wound needs to be stabilised and closed.

A closed frontal lobe injury means that the skull was not broken or punctured. The damage to the brain may still be serious if the impact caused bleeding or tearing of any of the nerves and tissues. If there is serious bleeding which leads to pressure on the brain, surgery may be needed to stop the bleed and remove the blood.

Damage to the frontal lobe can lead to a variety personality changes. Some of these include:

Frontal lobe damage from head trauma manifests in many different ways, depending on the severity of the injury, what sections of the frontal lobe were injured, and pre-existing personality traits.

With any type of head trauma treatment and brain injury management, the initial interventions focus on stopping bleeding and managing swelling and nerve death.

There are a number of diagnostic tools for head trauma and brain injury. It’s common to have both an x-ray and CT scan immediately after the injury. Next, a magnetic resonance imaging (MRI) scan may be used to further identify which areas of the brain suffered damage.

Since the front part of the brain is so closely related to behaviour, a neuropsychologist may complete a number of personality and skill tests. This helps determine which skills remain and which need re-training. Interviews with the patient, family, and friends help the medical team and therapist understand how the head injury victim changed from the injury.

From there, a brain injury rehabilitation plan is developed to bridge that gap and bring the person as closely back to their original functional state as possible.

After Brain Injury: The Dark Side of Personality Change Part I

In the brain injury world, there are taboo subjects that family caregivers can't wait to talk about among ourselves. The dark side of personality change is at the top of the list. In my recent post, After Brain Injury: Learning to Love a Stranger, I shared my experience of building a new relationship and marriage with my husband Alan. Alan suffered a severe anoxic brain injury following a massive heart attack and cardiac arrest.

In this post, I'll tell you more about the impact of personality change after brain injury. On Sunday, in Part II, I'll describe some of the strategies we used to help Alan manage anxiety and anger.

Most of the time, Alan displayed his engaging pre-injury personality marked by kindness, love, curiosity, and humor. However, post-injury personality changes also meant that we dealt with bouts of intense anger, confusion, and unpredictable behaviour. Sometimes his moods shifted so suddenly that I called it "Jekyll and Hyde syndrome." It was as if two versions of Alan resided within him. One was rational and easy-going, but the other was frightening and even dangerous at times.

Physical vulnerability combines with emotional responses to life changes to cause problems. These problems might occur only occasionally, or be a repeated challenge to daily functioning and relationships.

Alan had damage to the areas above, and that meant his executive functions were impaired. Executive functions refer to the complex group of skills we use to plan, make decisions, problem solve, self-monitor, make sound judgements, and get along with others. He also had both short and long term memory impairment. The combination, not uncommon in severe brain injury, was the "perfect storm" for behavioural outbursts. The angry outbursts could be triggered by his awareness of losses, wanting more control over his life, or not understanding the reasons behind safety measures such as no longer being able to drive his car. I understood that they were an attempt to communicate distress and handle the situation as he saw it.

We worked hard to prevent and minimise the outbursts, and to use strategies to improve communication and self-control. However, there were plenty of times when Alan's darker side emerged.

Brain injury can also contribute to psychiatric issues including depression, severe anxiety, substance abuse, or obsessive compulsive disorder. Some survivors experience post-traumatic stress disorder (PTSD) as a consequence of the circumstances and medical events that caused the brain injury. In addition to damage to specific areas of the brain, Alan's brain injury disrupted the production and function of neurotransmitters that influence mood and thought regulation.

We quickly learned that anxiety or depression made Alan more susceptible to angry outbursts or threatening behaviour. He often responded well to the judicious use of medications to modulate depression, anxiety, and agitation for years after the injury. We never used medications in place of attention, communication, behavioural strategies and keeping environmental stimulation within his comfort zone. However, I came to appreciate their value.

So, how did personality change impact us?

1. Disrupted trust—When we were getting to know each other all over again, the unpredictability of Alan's angry eruptions or accusations made it harder to rebuild the trust so essential for any relationship.
2. Personal integrity—When Alan remembered what he had said or done, he often felt ashamed, guilty, and "Like some other guy is living inside me, not myself."
3. Emotional pain—On many occasions, Alan yelled at me, and then took a nap to calm down. When he awoke, he couldn't recall what he had done and didn't believe my explanation. He would justify his response by saying, "Well, I yell at you because you deserve it; you control my life and won't let me drive." I'd be left feeling  angry and hurt. Caregivers are human too, and even understanding doesn't cushion the sting sometimes.
4. Unresolved conflicts—I learned early on that you can't have a constructive argument with a person who has a brain injury or memory loss. Biting my tongue and suggesting a proven technique to calm down was more fruitful. And yet, I yearned to have the kind of argument couples have to clear the air and resolve a problem.
5. Decreased intimacy—There were several times when Alan said hurtful things and threw his clothes around in an agitated outburst. He quickly forgot the incident and suggested that we make love. I withdrew, since it took me days to guardedly trust in his predictability again.
6. Risk of injury—Alan never struck me, but he did hit his home health aide and threaten to hit others. When angry, he rallied his limited strength and could be dangerous. Families need training in how to prevent or deal with such incidents. Even health care professionals are unaware of how common verbal and physical aggression are at home.

10 Warning Signs to Watch For

An early dementia diagnosis can help the person diagnosed choose treatment options, plan for the future and live well.

These 10 warning signs are different than normal age-related aging and should be noted.

Including forgetting where you parked your car and having to take the bus home.

Such as struggling to prepare a cup of coffee or a sandwich.

Frequently struggling with vocabulary and being unable to find the right words.

4. Confusion of time and place

Including getting lost in a familiar place and being unable to find your way home.

Unusual changes in judgment and decision-making including wearing a winter jacket on a hot day.

Consistently struggling with numbers, such as not finding the correct change and being unable to read a non-digital clock.

Leaving things in odd places such as putting the milk in the pantry or placing keys in the bathroom vanity.

8. Changes in mood and behaviour

Extreme changes in personality, such as an outgoing person becoming withdrawn and introverted.

Please click on the various main types of Dementia and behaviours associated with the different types of illness.

Dementia is the umbrella term for a number of neurological conditions, of which the major symptom includes a global decline in brain function.

It is a condition that has been noted in people for hundreds of years.

Dementia was a relatively rare occurrence before the 20th century as fewer people lived to old age in pre-industrial society. It was not until the mid 1970s that dementia begun to be described as we know it today.

We now know dementia is a disease symptom, and not a normal part of ageing.

There are over 100 diseases that may cause dementia. The most common causes of dementia include Alzheimer’s disease, vascular dementia and dementia with Lewy bodies.

Visit the pages below to learn more about the causes of dementia: 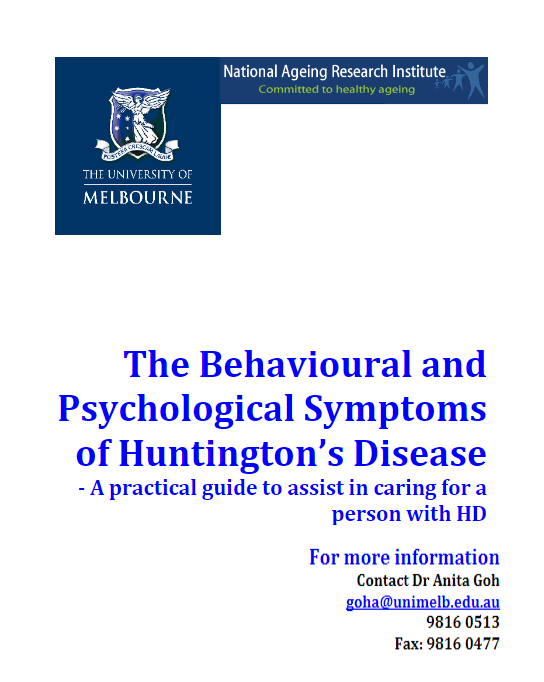 The Other Dementia / UCSF is at the forefront studying frontotemporal dementia, a wasting disease similar to Alzheimer's that strikes patients at their peak 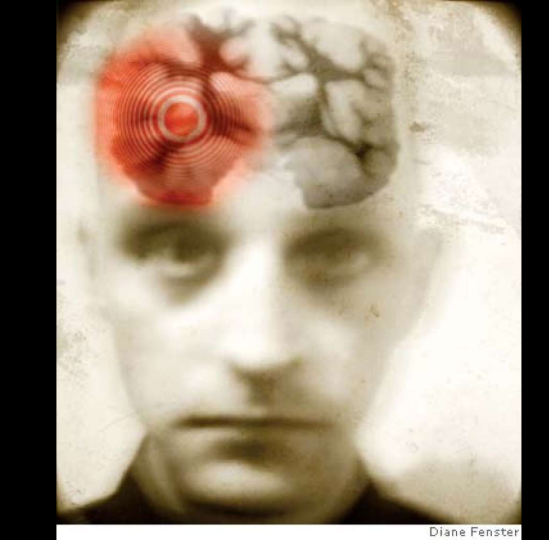