Our organisation "AASGAA", and Christine Dalas, appeared in the Four Corners episode "STATE CONTROL", and some of our members have, unfortunately, been targeted by stalkers and/or individuals with a history of stalking individuals.

Some of the fabrications and dishonest publications: AASGAA and AASGAA core members were involved in organising Covid protests in NSW, on the 31st of August 2021, and are organisers of freedom movement protests and linked to various political organisations.

AASGAA has no political affiliations, and our core members must undergo police clearance checks before advocating for any vulnerable members.

A video and a photo, of an unknown woman involved in the NSW lockdown protests, on the 31st of August 2022, is being touted as Christine Dalas. These are false and vexatious claims.

We do not know the woman in the video/photo, nor her identity.

Christine Dalas applied for and was successful in obtaining a Personal Safety Intervention Order against an individual stalking, cyberbullying, and harassing her (and other members of AASGAA), and also for distributing a video and photo of an unknown woman being arrested in NSW during a Covid protest on 31st August 2021, falsely claiming it was Christine Dalas. Police are aware of the ongoing stalking and cyberbullying. 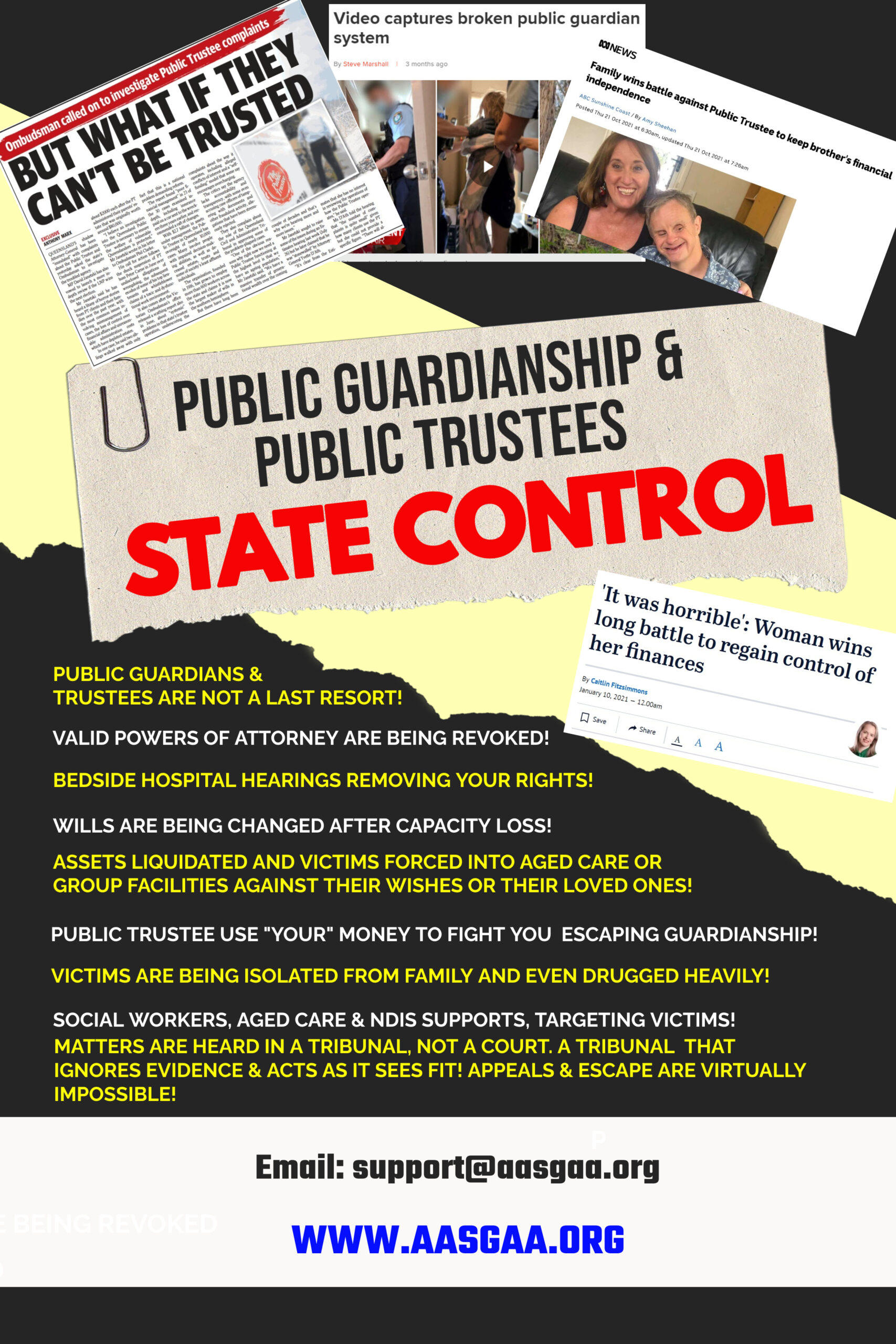 FILL IN THE FORM BELOW OR EMAIL : support@aasgaa.org

Elder Abuse by Professional & Others